How to spot workplace discrimination 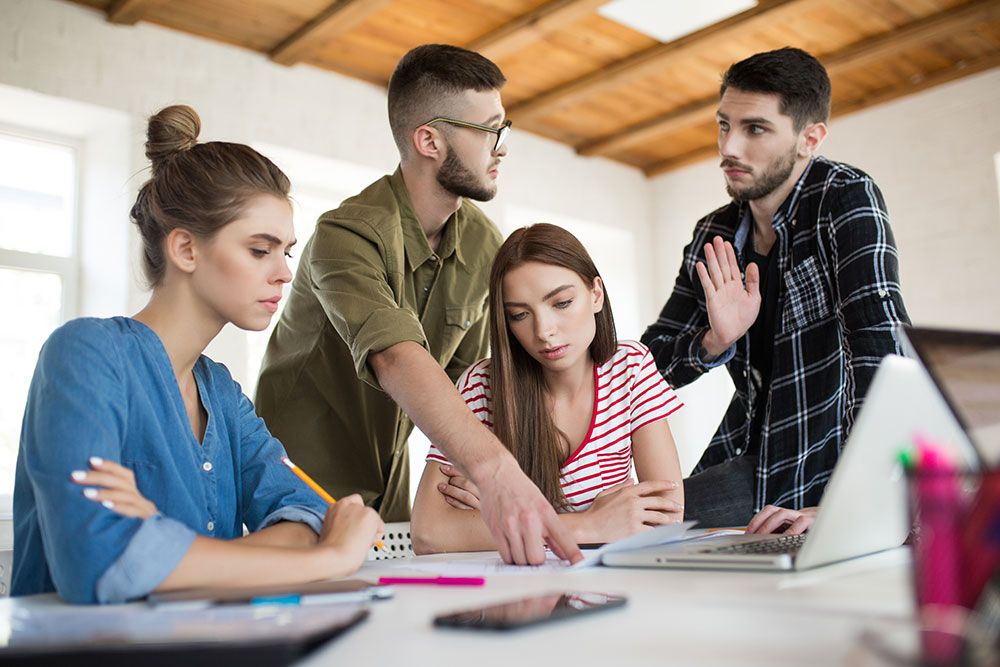 Workplace discrimination can take a variety of forms that may not always be easy to spot. But before we get into the details of how to spot workplace discrimination, it’s important to understand exactly what discrimination is. Simply put, discrimination means treating someone differently based on — or because of — their protected class characteristics (i.e. things like sex, race, age, religion, disability, etc.). We’ve all likely experienced some form of discrimination at some point or another in our lives, whether it be in the form of racism, sexism, ageism, or the many other ways that people are unfairly judged based on an aspect of themselves they cannot change. Disparate treatment based on a protected class characteristic is against the law. And while things have improved over the years, discrimination unfortunately still sometimes happens … especially in the workplace.

What laws protect you against workplace discrimination?

There are many federal laws that protect you from workplace discrimination, including but not limited to:

The basic idea of these combined laws is that employers must treat all of their employees equally regardless of sex/gender, age, race, religion, national origin, pregnancy status, disabilities, etc. They are not allowed to make employment decisions such as hiring, firing, promotions, assignments, or discipline based on these factors. The laws also prohibit retaliation and harassment, including sexual harassment. Federal laws apply to employers with 15 or more employees (the ADEA requires a minimum of 20), but many states have additional laws that extend these protections to employers with fewer employees. In Colorado, the Colorado Anti-Discrimination Act (CADA) and the Pregnant Workers Fairness Act (PWFA) protects employees who work for employers with less than 15 employees and, often, include even more expansive protections than does federal law. 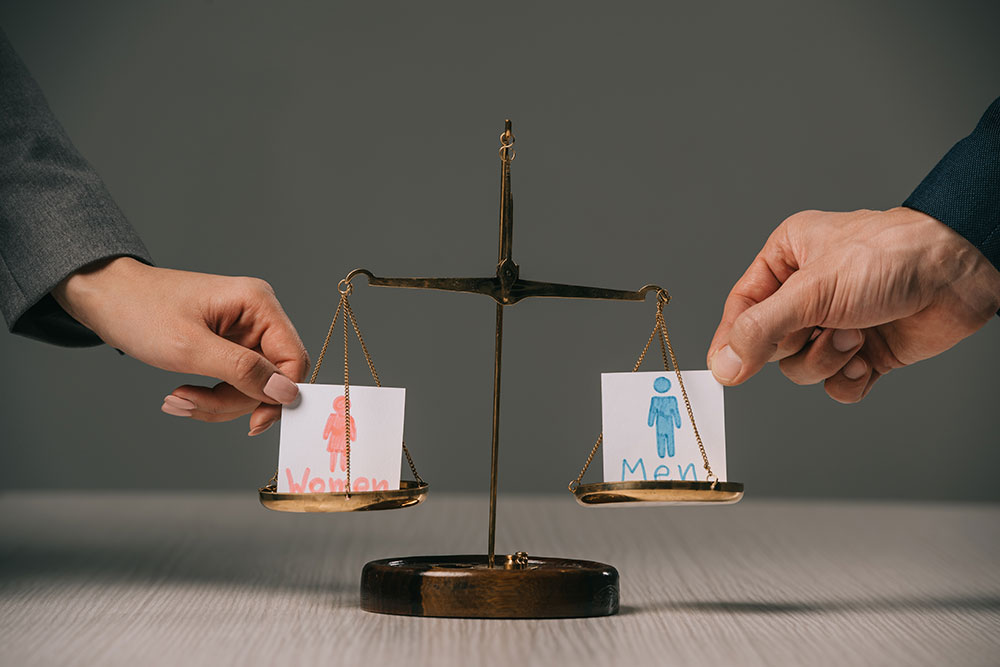 Discrimination can take many forms but there are certain behaviors and situations that you should keep an eye out for as red flags that might be indicative of discrimination.

Unequal pay: If two employees (or groups of employees) have the same skills, abilities, qualifications and performance and are doing the same (or comparable) job, but one is being paid more simply because of other differences, that may be a sign of discrimination. Whether those differences are based on gender, race, age, or any other protected class status — it’s not right and may be actionable. This is one of the most obvious and recognizable signs of discrimination, so if you suspect something may be amiss between you and other employee’s pay, consider asking what others in similar roles are being paid as compared to you.

Pay secrecy policies: To protect employees who inquire into the compensation they and their coworkers are making, the National Labor Relations Act of 1935 prohibits private-sector employers from enacting pay secrecy policies that try to stop employees from discussing their pay with each other. In 2014, President Obama signed an executive order that prohibits such discussion for federal contractors as well. If such policies exist, they are likely to be unlawful and/or unenforceable.

Lack of Diversity: Are all the employees at your company the same race? Is everyone under 40 even though there are plenty of jobs that could be performed by older people? Are all the female employees childless, which could indicate pregnancy or familial preference? If so, these types of patterns may be indicative of discrimination. The more obvious the differences are, the easier this one is to spot. You can also look for signs of this kind of discrimination by looking at people in positions of leadership — are they all men or a certain race? If so, this could be a sign that the employer discriminates in its hiring practices or may consciously or subconsciously prevent members of protects classes from advancement. This could also be a sign that facially neutral policies are being applied (or being applied in a manner) that may have a disproportionate impact on people of certain protected classes.

Gender roles: In the not-so-distant past, it was totally acceptable for employers to hire specific genders for certain jobs, such as men being managers and women being secretaries. Unfortunately, this kind of discrimination still happens today and affects people of all protected classes. Much of this discrimination is based on stereotypes, such as hiring only men as car salesmen because “men know more about cars.” Or hiring women as receptionists because “women are more pleasant than men.” It could involve employers not hiring people of a certain race for a front desk position because they don’t want people with different accents greeting customers. Sometimes it’s subtle, like an employer only asking female employees to fill in for a sick receptionist or younger employees to do jobs involving technology.

Inappropriate questions, jokes or communication: Everyone likes to joke around and be lighthearted at work occasionally, but if those jokes are levied at the expense of people of protected classes — such as sexist or racist jokes — it can be classified as discrimination. Also, it can be helpful to look at how supervisors communicate with the employees under them — are they condescending to certain genders or ages? Do they over-explain things to people of different races? Do they make unfounded assumptions about the trustworthiness of people of certain races? Do they express distrust for people of certain religions? These are the subtle forms of discrimination that may point to bigger problems.

Suspicious interview questions and hiring practices: During an interview, if you are asked questions about your health, age, plans on having a family, or other personal situations that have nothing to do with the job you are applying for, that may be a red flag. Some employers still look for ways not to hire women who may be planning on having children, or may already have several children, because those women sometimes need time off to care for their children. Employers may find tricky ways of asking about your age because your health insurance could cost them more or they might assume you are going to retire soon. If a potential employer asks inappropriate questions, it may be a sign to pass on that job or report the employer.

Unequal promotions and discipline: Are less-qualified male employees being promoted faster than more-qualified women? Are employees of a certain race given better jobs or opportunities for growth? Are older employees given less hours or given tasks that are below their skills? Likewise, are things equal with regards to discipline? Does your boss scold or punish the female employees for being late but let the men get away with it? If an employer only enforces certain policies with specific employees of a protected class, that can be an example of workplace discrimination.

Retaliation: If you feel that discriminated against, or that discrimination is impacting other employees, you have the right to complain and/or to seek changes for an equal opportunity workplace. If you decide to exercise your rights, the law prohibits your employer from retaliating against you, including for any of the following:

All of these are considered protected activity and retaliation for them is against the law. Retaliation can take many forms such as termination, increased scrutiny, negative performance reviews, discipline, a change in job duties or reduction in hours, or almost any other form of threat or harassment that has a material effect on your job or ability to perform your job.

What should you do?

If you believe you are the victim of workplace discrimination or retaliation, it’s important to act quickly because there are time limits for when you can file a charge or a lawsuit. It’s equally important to gather as much evidence as you can and then contact a local civil rights attorney because they can advise you on all the laws in your city and state. The Civil Rights Litigation Group has successfully handled many workplace discrimination cases over the past 10 years and we are 100% dedicated to civil rights issues. We offer free consultations so you can find out if you have a legitimate case. Please call us at 720-515-6165.

Related blog posts on this topic:

Speaking up about workplace discrimination

Equal pay for equal work is a law in Colorado

You have a right to your personnel files

I filed an age discrimination lawsuit: What questions will I be asked?