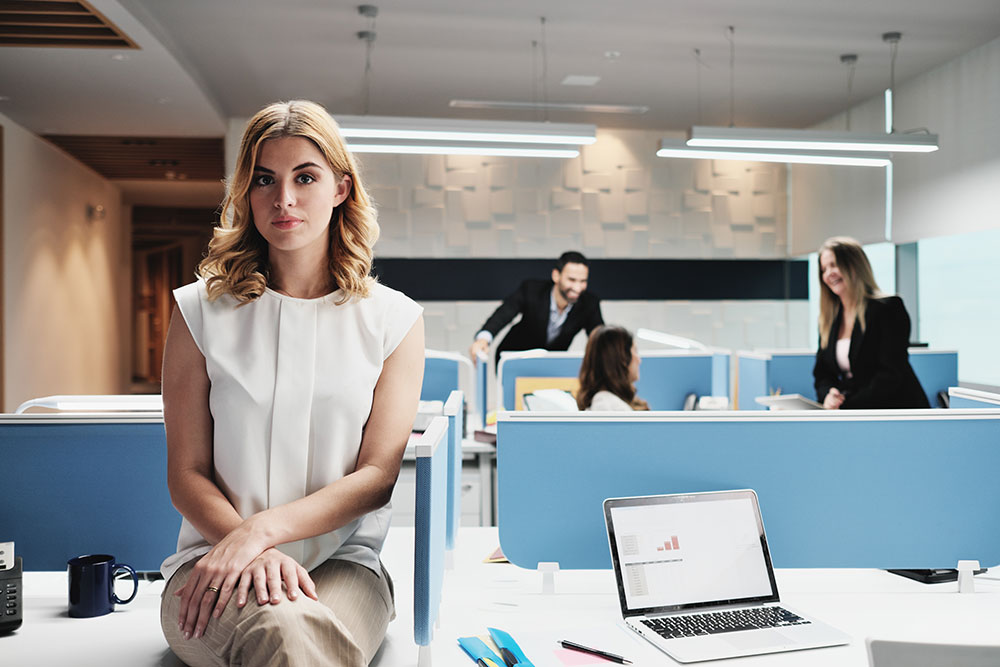 Most people can recognize sexist language as it’s often quite obvious, such as a man referring to a female employee’s looks, saying suggestive things about her, or calling her pet names like “honey” or baby.” But more often than not, it’s the subtle ways people use sexist language that can reveal gender bias or discrimination tendencies.

And while we are specifically referring to women in this post, know that sexist language can apply to both men and transgendered individuals as well.

Sexist language in the White House

Many people would agree that Donald Trump is pretty misogynistic because he has said some very derogatory things about women, especially when it comes to their looks. But it’s the more subtle wording he uses that implies an even deeper bias. He’s never been one to shy away from verbally attacking anyone he perceives as a threat — whether a man or woman — but the ways he chooses to insult people can be revealing.

For instance, while he is famous for using the phrase “nasty woman,” there are many instances where he has also called men nasty. However, he tends to reserve use of the word “mean” almost exclusively when discussing women. The term often implies how one person treats another person, or that they are ” offensive, selfish, or unaccommodating.” (https://www.dictionary.com/browse/mean?s=t). That definition suggests that the women Trump calls mean make him feel offended or like he isn’t worthy — a feeling that could denote unmanliness if Trump were to use it to describe a man.

Here are two examples of Trump referring to Elizabeth Warren as mean:

“…You got so horrible to people and they said you know she’s, not dumb, but she’s just so damn mean, we can’t vote for her. She’s a mean one. She is mean.” (https://factba.se/transcript/donald-trump-speech-kag-rally-north-charleston-south-carolina-february-28-2020)

By comparison, when Trump refers to a man as mean, it’s in a complimentary way:

“… We have a man who’s smart as hell, and he is tough, and he is mean and nasty, but he loves this state, and he’s only mean and nasty because he wants to defend you and me, and all of the horrible things that we all go through…”
(https://factba.se/transcript/donald-trump-speech-kag-rally-dallas-texas-october-17-2019)

Sexist language in the workplace

While the obvious sexist language and behaviors are frowned upon and generally avoided in the workplace, it’s the more subtle sexism that seems to be taking over. The problem is that many people still place men and women in certain gender roles and have specific expectations for them. “Communal language is mainly applied to women, and it invokes stereotypical female traits like being supportive, showing warmth, and helping the team. Agentic [authoritative] language is mainly applied to men and is more about getting the job done, taking charge, and being independent.” (https://www.bbc.com/worklife/article/20170329-the-hidden-sexism-in-workplace-language) So, while a man who is good at his job might be referred to as confident or a leader, a woman acting the same might be called bossy or abrasive — the implication being that it’s okay for men to act in an authoritative way but not women.

” A 2014 study for Fortune.com by Kieran Snyder examined 248 reviews from 180 people, (105 men and 75 women). The reviews came from 28 different companies, all in the tech sector, and included a range of organisational sizes. One word appeared 17 times in reviews of women, and never in any of the reviews of men: ‘abrasive’. Other words were disproportionately applied to women, including bossy, aggressive, strident, emotional and irrational. Aggressive did appear in two reviews of men, in the context of them being urged to be more aggressive. Reviews of women only ever used aggressive as a criticism. The gender of the person writing the review didn’t affect the results of the study.” (http://sacraparental.com/2016/05/14/everyday-misogyny-122-subtly-sexist-words-women/)

Another subtle way that sexist language can appear is in compliments, but ones that are reserved specifically for one gender. For example, the words “modest,” “vivacious,” and “ladylike” are words that are almost exclusively used to describe women. If she’s modest and ladylike, then she doesn’t exert her sexuality. If she’s vivacious or bubbly, then she’s pleasant to be around and isn’t too abrasive. And while they may sound nice, they all imply that the woman isn’t a threat to the men around her and that she’s valued for how she treats people and acts, as opposed to how good of an employee she is. And while some people may see these subtle compliments as harmless, they can affect not only how women think about themselves in the workplace but how they are perceived by their superiors, which may limit their advancement potential.

Determining discrimination and sexism in the workplace

Here are some questions to consider whether you are being discriminated against:

These are just some of the ways you may be able to determine if there is discrimination and not a complete list of questions to ask.

If you feel that you have been discriminated against in the workplace and believe that sexist language may have played a part, our civil rights attorneys can help you. If you or a loved one has suffered sexist discrimination violation in your place of employment, call the Civil Rights Litigation Group at 720-515-6165 or use our online contact form. Schedule your free consultation with a Denver discrimination attorney today.