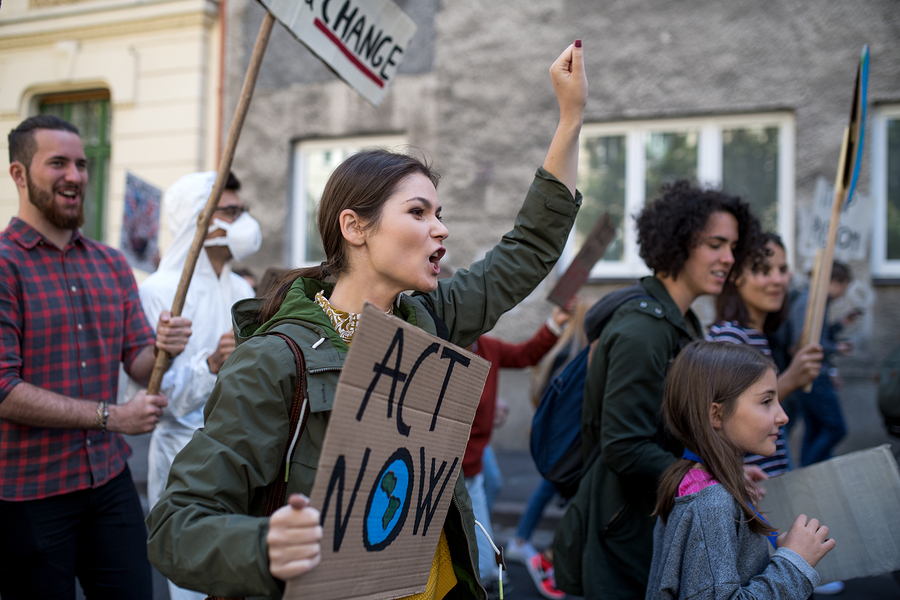 The First Amendment is well-known to cover what we call “freedom of speech.” It means that every individual has the right to express an opinion and be free from government censorship, even if not everyone agrees with it. We discussed the First Amendment as it relates to blogging in a post in 2018.

But freedom of speech doesn’t always include the spoken word. In fact, freedom of speech and expression can take a number of non-verbal forms. These are known as symbolic speech, actions that express specific ideas.

Non-verbal symbolic speech is the action clearly conveys a specific message to anyone who sees and reads it. Symbolic speech can take the form of:

The government must have an important reason and prove to a court that the message isn’t protected speech should be punished. Government disapproval cannot be the reason. But like fighting words, not everything is protected speech.

The limits on freedom of speech and protected speech

What freedom of speech does not mean is that you can say whatever you want without consequences. The fighting words doctrine includes speech or words that intentionally incite violence or cause distress, are not protected. Slander (lying), obscenity, child pornography and obscene gestures are also not protected as free speech.

One example of these limits occurred during the Vietnam War. Students at two Des Moines, Iowa schools decided to wear black armbands to school as a silent protest to the war in Southeast Asia. Once the principals discovered the plan, they warned students that anyone wearing the armbands would be suspended. Three students were suspended as a result.

Parents of these children sued, and the US District Court sided with the Southern District of Iowa sided with the school. The students lost on appeal, so they took the case to the Supreme Court.

The case of Tinker v. Des Moines Independent Community School District brought the case to the Court to decide that students did indeed have the right to free speech at school. However, in this instance, the school was correct in prohibiting them to avoid disrupting learning at the school, and they had the right to do so.

Another famous example of symbolic speech is the case of Texas v. Johnson, in which a man burned an American flag outside of the 1984 Republican National Convention. He chose to burn it there, where Ronald Reagan was about to receive the nomination to run for president, to protest Reagan’s policies. Soaking an American flag with kerosene in front of the Dallas City Hall, he set fire to it, and immediately arrested for violating a Texas state law prohibiting the burning or desecration of an American flag. He served a year in jail and paid a fine.

The Texas Court of Criminal Appeals is the state’s highest appeals court for criminal cases. They argued that symbolic speech was protected by the First Amendment, and overturned his conviction. This led the way to a Supreme Court hearing in June 1989 that produced a controversial 5-4 ruling that burning the flag is, in fact, protected speech. The justices called it a bedrock principle that the government could not just prohibit an expression of speech just because society finds it offensive.

The First Amendment protects your right to freedom of speech

If someone has threatened your right to free speech, you can fight back. Call the Civil Rights Litigation Group at (720) 515-6165, or use our online contact form, to schedule your free consultation with us today. We understand civil rights cases, and aggressively defend you in court and make sure your rights are protected.