Age discrimination facts and your rights 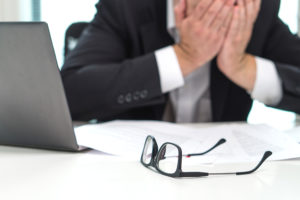 Getting older is fraught with different issues, such as health and finances. But one of the most difficult to deal with is the one form of discrimination nobody wants to talk about: ageism, or age discrimination.

Discrimination against individuals based solely on their age is all but accepted and acceptable, especially in the workplace. Terms like geezer, senior citizen, and other derogatory terms along with unflattering media images enforce the negative stereotyping that comes with getting older.

Mark Zuckerberg once stated, “Younger people are smarter.” But is it true?

Stereotypes, learned ageism, and other factors have kept organizations like the American Association of Retired Persons (AARP) working to protect the rights of individuals over the age of 40 from being ignored and violated. In Colorado, the unemployment rate is one of the country’s lowest, one third of the state’s population is over the age of 50. But it hasn’t stopped anyone from being subjected to ageism, even in a labor market that’s hiring.

Incorrect stereotypes are partly responsible. Misconceptions about older workers include:

But studies into modern aging show that these are incorrect. Workers over 50 are more engaged, have greater levels of experience and low turnover rates. There are other benefits to hiring older workers as opposed to someone who just graduated from high school or college as well, like reliability.

That still doesn’t help when you find yourself terminated or unemployed over 50 and unable to find another job.

The Age Discrimination in Employment Act of 1967 (ADEA) makes it illegal for private employers and governmental agencies to discriminate against workers over the age of 40.

The Older Workers Protection Act of 1990 was passed as an amendment to the ADEA to protect benefits for older workers.

Colorado also has its own Anti-Discrimination Act prohibiting ageism and discrimination as well as other factors. However, federal anti-discrimination laws includes employers with 15 or more employees. Colorado’s civil rights statute includes all employers, regardless of size or number of employees.

While it most often is inflicted by supervisors or managers, age-related comments by any employees that create a hostile work environment can be considered age discrimination and/or harassment.

The AARP reports that 1 in 5 claims made to the EEOC are specifically for age discrimination. Individuals born between 1946 through 1964, the so called “baby boomers,” are the fastest growing group filing these claims.

The AARP also reports that nearly 66% of older adults have either experienced or witnessed ageism and discrimination in the workplace.

Lack of employment is one of the biggest indicators of age discrimination in Colorado and nationally: although it is still legal for an employer to ask your birth date or date of graduation, it’s not legal to use it in a hiring decision. Still, job seekers over 50 are routinely not hired, passed over for promotion, or outright laid off and/or fired.

Age discrimination can happen at any age

Ageism and discrimination isn’t always about someone over 50 — it can also happen to women of childbearing age.

Refusing to hire women who “are able to get pregnant” is not only age discrimination, it’s also a form of gender discrimination.  It’s also illegal to fire a female due to her pregnancy.

How can I fight back?

If your employer asks you to sign an ADEA waiver, speak to an attorney before you do.

Proving age discrimination can be difficult. The Civil Rights Litigation Group is dedicated to ensuring that every Colorado resident is protected from discrimination and other civil rights violations. Call today for your free consultation, or use our online contact form to schedule your appointment.