What is the First Amendment Defense Act and how can it help my civil rights case?

The First Amendment Defense Act (FADA) was introduced in 2016 in response to numerous cases of individuals and businesses being legally sanctioned (including steep fines) for declining to participate in same-sex weddings and related activities. Some call it needed, some call it unconstitutional, with staunch opponents claiming it will dissolve all rights currently available to LGBT individuals. 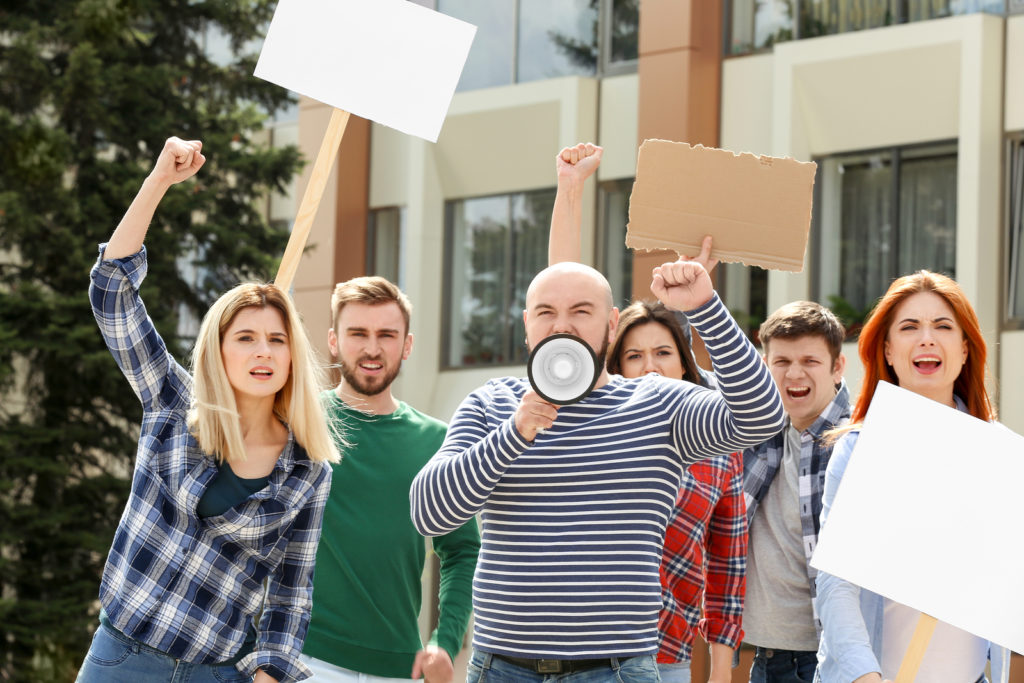 The bill was introduced into the House of Representatives on 6/17/2015 (H.R. 2802) by Rep. Raul Labrador (R-ID). On the same day, it was referred to two committees, the House Ways & Means and House Oversight and Government Reform, but has not yet been reviewed or considered by either one. Even with 172 co-sponsors, this bill has not actually gone anywhere since its introduction. The same bill (as S.1598) was introduced into the Senate by Senator Mike Lee (R-UT) and has 37 cosponsors there.

Both senators, in response to criticism, updated both versions of the bill and put them on their websites, but haven’t introduced them into Congress. For the time being, the First Amendment Defense Act isn’t going anywhere.

Many defendants of the LGBT community claim that FADA will not only roll back civil rights for them but also allow religious discrimination against them, just for being gay. But does it?

What the First Amendment means

Congress shall make no law respecting an establishment of religion, or prohibiting the free exercise thereof; or abridging the freedom of speech, or of the press; or the right of the people peaceably to assemble, and to petition the Government for a redress of grievances.

What it means seems to always be up for interpretation, and despite multiple Supreme Court decisions, it’s not always the same. But in essence, the First Amendment gives American citizens the right to free speech. It was created after laws in the British Commonwealth allowed members of minority parties to be jailed for speaking out. The First Amendment allowed political dissenters to be free from the same fate in the newly created United States.

It’s important to note that not all speech is free speech under the First Amendment. The Supreme Court has identified areas that, under certain circumstances, can be restricted:

Freedom of the Press

This part of the First Amendment permits the free distribution of information, ideas, and opinions without constraint, prosecution and interference from the government. There are some restrictions, including things like defamation. Freedom of the press has expanded in recent years to include bloggers. However, bloggers can still be held liable for copyright and/or trademark infringement and defamation.

Born out of the heavy-handed influence by the Anglican Church in England, Thomas Jefferson sought to keep religious over-reach out of the government in the new colonies. He opposed a church’s influence and interference in governmental affairs, and the establishment of a “national religion.” While the high courts continue to debate how it works, this clause establishes the rights of each individual to worship the faith they prefer and as they see fit.

What the First Amendment Defense Act does

So how would the First Amendment Defense Act affect a civil rights case? While it’s currently still just a bill stalled in a committee, the short version is, “To prevent discriminatory treatment of any person on the basis of views held with respect to marriage.”  It’s aimed at protecting people based on their religious beliefs when those beliefs conflict with a client or customer in regards to marriage. The bill’s summary states that it would prohibit the federal government from taking action against a person:

“on the basis that such person believes or acts in accordance with a religious belief or moral conviction that: (1) marriage is or should be recognized as the union of one man and one woman, or (2) sexual relations are properly reserved to such a marriage.“

The bill was created in response to a number of Christian businesses who declined to provide various wedding-related services to same-sex couples. The most famous of these was in Oregon, involving a bakery called Sweet Cakes By Melissa, and two women who had patronized the bakery previously. When the owner’s husband discovered that the wedding cake was intended for a same-sex wedding, he informed them that they would not be able to make that cake, citing religious beliefs. The couple brought legal action in the state of Oregon and won. Since then, the bakery has been fined $135,000 and closed its doors. Other businesses in similar circumstances have been fined, sued or otherwise sanctioned.

The First Amendment Defense Act gives businesses federal protection to businesses and religious organization decline a customer’s business or requests based on their religious beliefs. The business would be neither persecuted nor prosecuted.

How does the First Amendment Defense Act affect a civil rights case?

Opinions differ, but it also depends on what side you’re on.

Authors and supporters of FADA believe it will allow businesses and religious organizations (including religious-based businesses such as Catholic colleges and hospitals) to operate in accordance to their beliefs free from recrimination. In the many cases of small, Christian businesses whose owners disagree with same-sex marriage, it gives them an “out,” if they so choose, allowing them to decline the business without fear of government sanctions or harassment.

The First Amendment Defense Act would, in theory, protect the civil rights of individuals who have expressed belief in traditional marriage. It would also allow state clerks to recuse themselves from issuing licenses for same-sex marriage if they desire, as well as prevent job loss after voicing discontent outside of their work environment.  The bill is designed as a balance to protect religious liberty while also respecting the rights of the LGBT community.

Opponents believe that FADA will allow religious organizations and businesses to openly discriminate against the LGBT community without retribution. They also believe that FADA would undermine the government’s ability to enforce federal protections for LGBT individuals, and all anyone would have to invoke “marriage beliefs” to be immune from prosecution. The ACLU lists in this fact sheet that FADA would open up additional discrimination against single mothers and unmarried straight couples as well. By allowing certain types of discrimination to go unpunished, it’s possible that same-sex couples could be denied things such as housing, education, health insurance and medical care (including the right to utilize the Family Medical Leave Act for an ill spouse.)

At this point, however, the First Amendment Defense Act is still a bill that’s stalled in committee and is not the law of the land.

We defend your civil rights

If you’ve been discriminated against for any reason, call the Civil Rights Litigation Group in Denver at (720) 515-6165 for a free consultation. We’re experienced in helping people just like you fight back against denial of your civil rights. We’ll review your case, help you file your complaint, and represent you in court when the time comes.